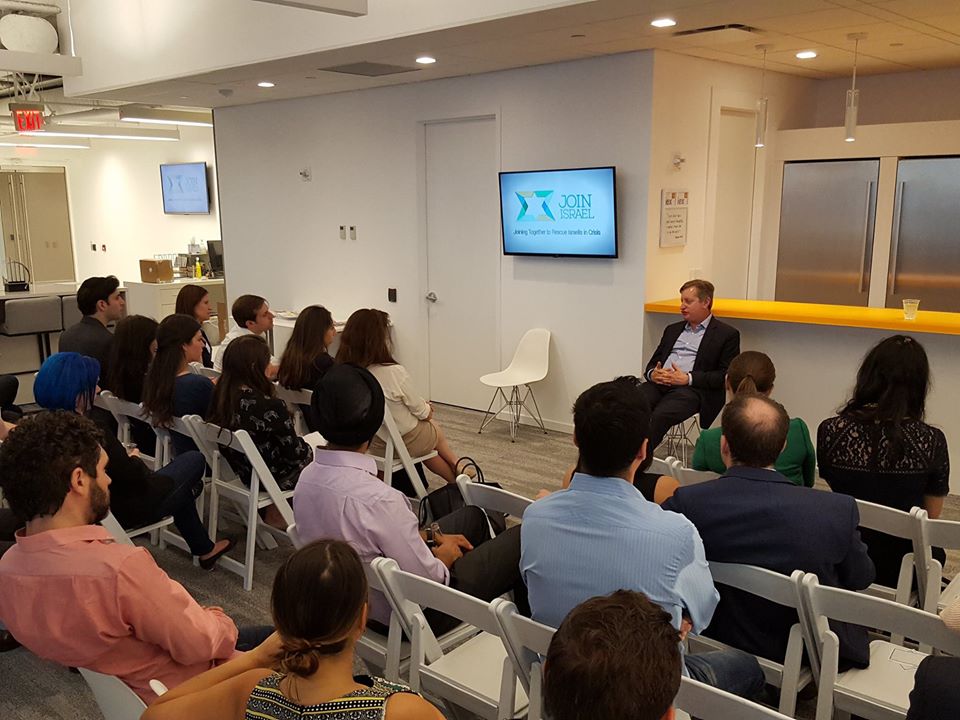 Steven Eisman engaged the audience with his deep insight into the US financial industry. A portfolio manager who spent over 25 years in the industry. Steve is better known as ‘Mark Baum’ the character played by Steve Carell in the movie The Big Short.

The Big Short Fundraiser was hosted by JOIN Israel’s Young Leadership Board and took place at IEX’s office in the financial district of New York City. Two dozen emerging leaders joined together to raise funds for JOIN’s Literacy Initiative to build a library in an Ashkelon Elementary School, including 240 new books.